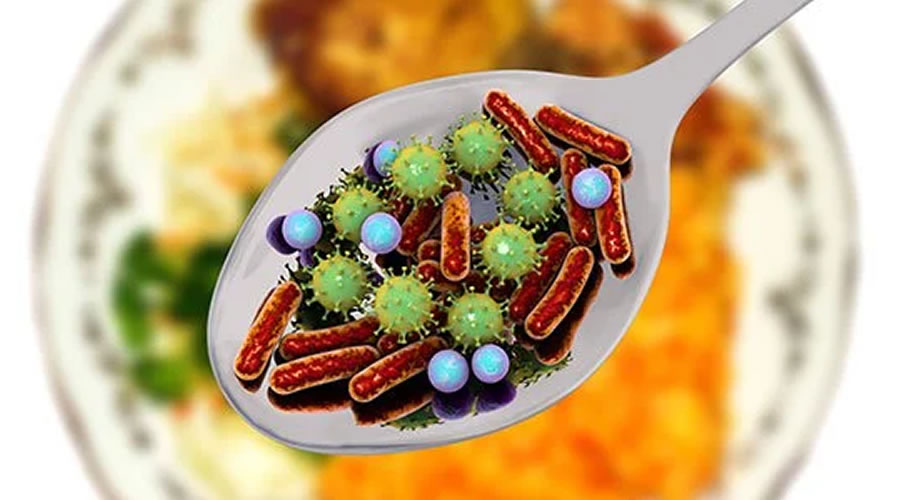 Food poisoning doesn’t just come from under-cooked chicken or foods, dodgy kebabs and restaurants with poor hygiene practices – it can also occur in the home. And anyone who has suffered a case of food poisoning knows it’s definitely not pretty! I have a ‘good’ and personal scenario of food poisoning dealing with me but that would be a story for another day. Lol, moving on…

The specific symptoms, and the time it takes until you get sick, vary depending on the pathogen and they include nausea, stomach cramps, fever, vomiting and diarrhea. People who have compromised immune function are particularly susceptible to food-borne illness, including babies, young children, pregnant women and the elderly.

We have come across many reports on TV or social media of people becoming ill from food poisoning and there have been reported cases of restaurants being the most common setting for food contamination.

But many mild cases of food poisoning from home-prepared foods never get reported.

Temperature of  Foods as a danger zone

Foods that are cooked then reheated are more likely to be a risk for food poisoning. The greatest potential hazards are soups (especially vegetable soups), meats, pizza, sauces, custards, pasta, rice, beans, nuts and foods containing eggs, such as cakes, etc.

As cooked food drops to 60°C or below, bacteria that have survived the cooking will start to multiply until the food cools down to five degrees. The longer the food is left to cool, the longer the bacteria (which causes food poisoning) has to multiply.

Food Standards Australian and New Zealand (FSANZ) provides a guide to managing potentially hazardous foods in the risky temperature zone. For example, food should take no more than two hours to cool from 60°C to 21°C, and no more than four hours to cool from 21°C to 5°C. If you want to check this at home, invest in a good quality food probe thermometer (and follow the manufacturer’s instructions).

Try to eat food promptly once it’s cooked. Or, if you intend to store cooked foods to eat later, you can cool it on a bench as long as the temperature doesn’t drop below 60°C. This is roughly when the steam stops rising. You can keep cooked meals safely in the fridge for a few days, but if you want to keep it for longer, put it straight into the freezer.

In the fridge, make sure you store cooked foods on the top shelves and raw foods on the bottom shelves to avoid any contamination from condensation on the raw food that falls onto cooked food.

And finally, when defrosting food, put it in the fridge and keep it below five degrees Celsius. Never leave it to defrost on a bench at room temperature because this places in right into the food hazard temperature zone.

When it comes to food safety, a little common sense goes a long way. Always wash your hands before handling food and use separate utensils and chopping boards for raw and cooked food. If you’re in doubt about the risk of something you find lurking in your fridge or freezer, throw it out. Prevention is sure better than cure.