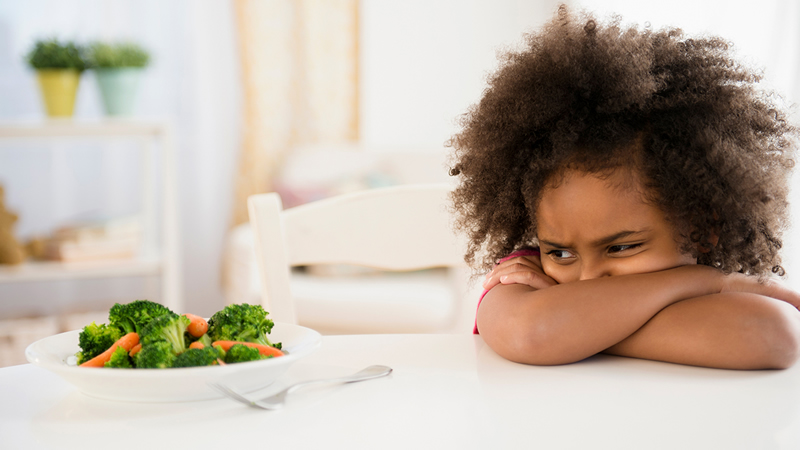 “Picky eating” is when a child (or adult) refuses foods often or eats the same foods over and over. Picky eating usually peaks in the toddler and preschool years. It’s usually a cause of concern for many parents who worry that their picky eater is not getting enough nutrition to grow.

Having a history of picky eating myself, I remember it being a daily struggle to accept and eat some of the family meals I was introduced to while putting my parents through the strain of having to cajole and ‘entice’ me to consume some of these meals. Yet, here I am. An adult of a normal weight and a head taller than most of my peers! And also, enjoying most of those meals I often refused as a child! Can you believe that?

If a standoff over foods or vegetables at mealtimes is a daily hurdle with your child, then good news, parents. A picky toddler is still likely to grow up to be a normal weight and height.

Researchers have struggled to agree on an exact definition of picky eating, or identify who picky eaters are which makes it difficult to compare different studies and draw overall conclusions.

However, as a general rule, picky eaters have strong preferences for particular foods and are reluctant to try unfamiliar foods, a state often known as Neophobia. Sometimes, these children insist on having their food presented in a particular way and can be very slow about eating it.

How Does Picky Eating Begin?

Picky eating is a source of anxiety and stress for many parents. The constant battles at mealtimes, combined with worry about whether the child is getting the right nutrients to grow and develop normally, can be exhausting and disruptive to family life and relationships.

Although, it’s a common behavior in preschool children, most children tend to grow out of it in the early school years, perhaps as they mix with their peers and develop greater autonomy. Some people think it’s an evolutionary hangover that once helped infants to avoid bitter-tasting foods that might have been poisonous. A fear of new foods could also be partly inherited through our genes and perhaps related to genetic variation in how sensitive people are to certain tastes. For many children it’s a normal stage of development that most will leave behind eventually.

The AVON Longitudinal Study of Parents and Children (ALSPAC) study, a new research from the University of Bristol, has followed the development of children who were born in the Bristol area in the early 1990s, providing data about their health and well-being as they grew up. This study, also known as the Children of the 90s study, identified children as picky eaters at three years old. They looked at what it was about their early feeding and family life before that age that made it more likely that they would develop picky eating habits.

They also tracked their diets and growth into adolescence and compared them with a group of non-picky eaters. It was found that there are some ways in which parents can help to avoid their child becoming fussy about food. Using the responses from about 6,000 questionnaires, it was shown that late introduction of solid foods during weaning (after nine months old) was a contributing factor to the child becoming picky at three years old.

Family mealtimes with home-cooked foods were also important, with all family members preferably eating the same meal. The importance of repeated serving of unfamiliar foods, without pressure to eat, has been highlighted in other studies. There’s also a vital place for parents leading by example, showing their children that it’s normal to enjoy a wide variety of foods. 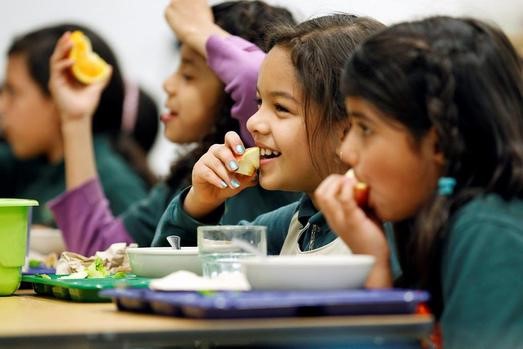 Picky eaters in the study analyzed above tended to eat fewer servings of some fruits and vegetables and less meat than other children at three years old. However, in common with the findings of similar studies, calorie intakes were still generally adequate. This could be due to any resulting inadequacies being taken care of from the intake of other various foods providing the essential nutrients as needed.

To find out whether these differences in diet affected growth in the study above, the average heights, weights and body mass indices (BMI) were measured annually and observed from age 7 to 17 years in about 300 of the children who were identified as picky eaters at three years old.

When the results were plotted on reference growth charts, the values were consistently just above the 50th centiles, which indicates the average measurement for all children in the population. This shows that the children were growing normally! There were a few children, however, who were thin, with a low BMI during adolescence. If these children can be identified at a young age, they may benefit from extra support and monitoring during their early years.

Parents naturally worry about their children, whatever age they are and that’s difficult to change. But now, various researches have shown that even children who are picky as preschoolers usually eat well enough over time to ensure that they grow properly. This is a reassuring message for parents and one that might even help to prevent picky eating behavior in the first place.

It would be awesome to hear what your experiences have been as (or with) a picky eater in the comments section below and also, the methods you used in managing or preventing it all together!
Enjoy!